An open fund for solar energy and energy storage in various emerging markets has been launched by Franck Constant, the co-founder of Sonnedix Group and director of Sithe Pacific, PV Tech can reveal.

The new fund named ‘Constant Energy’ aims to reach US$100 million by the end of 2017 and while predominantly aimed at solar, it will have 20% focused on energy storage, Constant told PV Tech at the Solar & Off-Grid Renewables event in Bangkok.

Target nations in Asia include Thailand, Malaysia, Indonesia, Laos, Cambodia, Myanmar, Korea, Taiwan, as well as selected African markets such as South Africa and possibly Kenya, depending on how the market evolves. Several of these countries have had regulation and policies favourable to PV deployment evolve at a slower pace to neighbours.

To date, only a few funds have specifically focused on both solar and energy storage.

Constant added: “Storage is today where solar was nine years ago when we started Sonnedix. Probably as a first step, I expect it will be a combined solution, where we get land, we have a solar plant, and we add storage to improve the dispatch of the solar plant or to support the grid, like we have done in Puerto Rico in the past.”

Isolated grids, as are common in Cambodia or across the multiple islands of Indonesia, are also “fertile ground” for storage .

Constant said: “Typically on this type of isolated market, or fragmented market, power prices are higher and therefore there is more value for the commodity that you store. They are also less reliable because if it is a smaller market, they have less redundancy, less interconnection with other transmission lines that can provide backup [for]. Less redundancy means also more value for the storage asset.”

Constant said he already has commitment from certain investors, who will remain unnamed. As it is an open fund, it can bring in investors while the company develops and the fund can grow.

Commenting on closed funds, Constant said: “You don’t want to collect too much money upfront if you don’t have sufficient assets of good projects to invest in. Some of these close funds; the risk is to invest too quickly into projects. We don’t want to take that approach.

“We want to make sure we don’t raise too much upfront and we progressively raise over a period of 12-18 months.”

Constant was co-founder of a fund called Sonnedix, which was a global IPP focusing initially on Europe before moving to Thailand, Puerto Rico, Japan, South Africa and Chile. It reached 250MW of operating PV and 600MW of projects under development, before being sold to a fund managed by JP Morgan. Constant recently left Sonnedix and will focus on the new ‘Constant Energy’ fund. 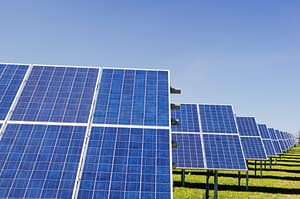